Editors Rating: 8.5
Visit Site
Disclaimer The information presented on this site has been compiled by our editorial team, and although we make every effort to keep it up-to-date, misrepresentations and inaccuracies are possible. We recommend that you contact the providers listed below directly to verify any information that's of importance to you. The ratings in our listings are based on our research. Some of the providers listed pay referral fees to this website and even provide us with free access to their platforms, which may at times impact the order and manner in which they are presented. We take no responsibility for the accuracy of information listed below, though we do update it regularly. This information is subject to change at any time.

Often ranked as one of the best VPN providers in the world, Private Internet Access offers an incredible lineup of features at extremely low prices. You’ll get access to thousands of servers around the world, military-grade data encryption, lightning fast gigabyte connections, and even anonymous payments to keep your information as safe as possible.

Private Internet Access makes it easy to understand pricing. There’s no per-device charge, just a flat rate depending on how long you want the service. You can connect up to five devices on your account regardless of the service plan, which is fairly standard for other top-tier VPN service providers.

There are only three plan options, however, it makes it easy to understand and choose the plan that’s right for you. The first option is a month-to-month option, and we were pleasantly surprised to see that it’s just $9.95 per month, with no feature or device restrictions. When compared to other providers that charge $10-$15 or more for a month-to-month option, $9.95 is a steal.

If you know you’re going to be using Private Internet Access’ VPN services for the long-term, they offer one and two-year options as well. The one-year plan is discounted to $5.99 per month, for a yearly total of $71.88 per year. That’s over 50% off the month-to-month price. The two-year plan comes out to $3.49 per month, or just $83.76 for two full years of world-class VPN services.

Regardless of what plan you choose, you get all of the fantastic features and perks that Private Internet Access has to offer. If you’re not fully satisfied with your purchase, you have a 7-day money back guarantee.

For such a low price, you get some incredible features regardless of what plan you choose. Private Internet Access focuses on a secure, fast, and reliable VPN connection to create a great experience for its users. With every Private Internet Access subscription, you’ll get:
⦁ A stable, reliable network of over 3,000 servers across the world
⦁ VPN support around the clock with 24/7 live chat assistance
⦁ PPTP and OpenVPN protocols
⦁ Strict no-logging policies across all servers
⦁ Unlimited bandwidth regardless of what device is connected
⦁ P2P support on all servers
⦁ Automated advertisement and malware blocking
⦁ Access to geo-restricted content
⦁ Multiple VPN gateways
⦁ Simple, instant setup
⦁ Anonymous payment methods, including gift cards from top retailers
⦁ Multi-gigabit port speeds
⦁ And so much more

While there isn’t a free version, the low monthly subscription option and the money back guarantee make up for it. There are some free VPN services out there that have generous free data caps, or even unlimited data caps, but they don’t include many of the features that you’ll see with Private Internet Access.

We love the anonymous payment option to help keep your data safe. Rather than paying by credit card, which you can still certainly do, you have the option to pay by using one of over 50 retailer gift cards as your form of payment. You can use Amazon, Starbucks, and Walmart gift cards to pay for your VPN service so you don’t have to submit your sensitive payment information.

Finally, you’ll be supported with a team of VPN experts 24/7 via live chat. No matter your question or concern, getting connected with live help is just a click away.

Private Internet Access is dedicated to providing a fast VPN connection for all of its users, no matter what server you connect to. As we mentioned, multi-gigabit port speeds are supported. In fact, servers can support up to 4Gbps, offering one of the fastest speeds on the market today.

Paired with no bandwidth limited, Private Internet Access is your tool for incredibly fast, safe, and secure internet browsing. Speed tests confirm that on average, internet connection speeds are reduced by 10% or less when connected to domestic servers. Connecting to international servers decreases speeds by upwards of 50% or more, but do add an increased level of privacy and allow you to unlock geo-restricted content.

While speed is certainly important when it comes to considering a VPN, it shouldn’t be your deciding factor when choosing providers. However, Private Internet Access provides both top-quality speeds and world-class security and privacy. 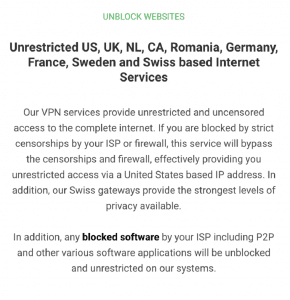 We like to test VPNs by trying out Netflix because Netflix has stepped up their game to detect and block VPN connections. Currently, Netflix is available on most servers around the world, meaning you can unlock a ton of new content by connecting to various global servers.

Netflix is consistently updating their privacy and connection restrictions, so by the time you sign up for Private Internet Access and start using it to stream Netflix, the service may be blocked on the server you’re trying to connect through. However, Private Internet Access is always upgrading their existing servers and adding new ones, which may unblock previously blocked servers.

Torrenting is one of the features that really sets Private Internet Access apart from its competitors. While there are plenty of VPN providers out there that fully support P2P sharing, most require you to connect to specific servers, and often have limited options. When you choose Private Internet Access, you’re no longer limited with dedicated P2P support servers.

You can torrent on any of the 3,000+ servers that Private Internet Access has around the world. Some VPN providers only have dedicated P2P servers outside of the United States, which means that those in the United States that connect to P2P dedicated servers have a much slower connection. With no restrictions on servers, you can torrent fast and efficiently. 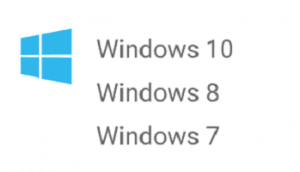 In addition to the Windows operating system, Private Internet Access is fully compatible on the latest Android software for mobile devices. 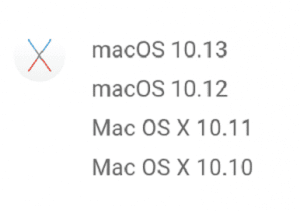 You can also use your Private Internet Access VPN connection on your iPhone and/or iPad to keep your mobile devices safe.

Rather than having dedicated P2P servers, Private Internet Access allows torrenting on all VPN servers. In addition to VPN servers, there are proxy servers in most locations where VPN servers are found.

Both number of servers and location of servers are an important factor that should be considered when you choose your VPN service provider. If there are a lot of servers in the country where you live, it means you have multiple connection options that keep your browsing safe and fast.

If you’re someone that does a lot of traveling, you may want to consider choosing a service that has servers around the world. While it’s certainly possible to connect internationally at all times, you’re going to have a faster connection when you choose a server in the country where you’re currently located.

As an added bonus, Private Internet Access does not use virtual servers, meaning your traffic is being routed through exactly where it says it’s going.

If you’re looking for a VPN that offers industry-leading security protocols, Private Internet Access is just what you need. Private Internet Access takes internet privacy and security extremely seriously. Some VPN service providers disclose capturing your information prior to connecting to the VPN service, or even logging your data after your VPN session is terminated.

The company is based in the United States, which is important to some users because of international privacy laws. Some countries have laws and regulations that make it possible, and potentially required for VPN companies to share information with government entities. Being physically located in the United States may be comforting to some, but we encourage you to read the full Privacy Policy to help guide you in your decision.

No matter what you need, the support team at Private Internet Access will be there to help. With a dedicated 24/7 live chat support team, you can have your questions answered at any time of day or night. There are many VPN service providers out there that still use ticket support systems, which often means your issues aren’t resolved for a few days.

Not only does Private Internet Access take quality, speed, reliability, and security very seriously, but they also take your experience seriously as well. That’s why they employ a large customer support team to answer your questions quickly and efficiently. Rather than sending an email and having to wait multiple days for a response, you can have a conversation with a live employee via instant message and get your issue resolved in no time.

If you’re not a customer, you can contact the sales team or the technical team right from the website. In an age where self-serve is often the only solution, it’s nice to see an efficient live support option.

However, if you’re someone who likes to figure things out themselves, Private Internet Access also has an impressive library of self-help guides and articles. From initial setup to terminating the VPN connection and everything in between, Private Internet Access’ library of information has just what you need to work through your questions, concerns, and even troubleshooting.

Private Internet Access is one of the top VPN service providers in the world. Offering world-class security, speed, and server selection, you’re getting one of the world’s best at incredibly low prices. We love that the pricing structure is simple to understand and doesn’t restrict features based on the price tier that you choose.

While the interface could certainly use some work, it doesn’t take long to get set up with Private Internet Access. Connecting up to five devices to the network is straightforward, and if you do have questions, a team of experts is just a click away.

It’s easy to see why Private Internet Access is so popular. The powerful, secure network lets you browse safely all while maintaining top internet speeds.

Editors Rating: 8.5
Visit Site
Disclaimer The information presented on this site has been compiled by our editorial team, and although we make every effort to keep it up-to-date, misrepresentations and inaccuracies are possible. We recommend that you contact the providers listed below directly to verify any information that's of importance to you. The ratings in our listings are based on our research. Some of the providers listed pay referral fees to this website and even provide us with free access to their platforms, which may at times impact the order and manner in which they are presented. We take no responsibility for the accuracy of information listed below, though we do update it regularly. This information is subject to change at any time.
Table Of Contents